When I have a visitor from out of town the first place they want to see is The Mountain Winery, Villa Montalvo and Hakone Gardens but I also take them for  local, authentic experiences like:

If this is a romantic trip, I recommend the following for kissing with a view:

The best place to walk the dog is Joe’s Trail. The main trail head is on Saratoga-Sunnyvale Road at the railroad crossing just south of Seagull Way.

Museums are wonderful, but if you are traveling with kids, you’ll want to visit the playground in Wildwood Park (20764 4th Street ) or go horseback riding at Garrod Farms. (Those under 8 years old can go on a 30-minute pony ride and must be accompanied by an adult.)

Where to eat in Saratoga

If you are looking for typical California cuisine, I recommend The Basin (http://www.thebasin.com/) and Restaurant Sent Sovi (http://www.sentsovi.com), both with innovative menus.

The best place to go for coffee & a breakfast treat is The Big Basin Café. They offer homemade pastries and very well made organic coffee served up by friendly baristas who will remember you.

READ  Best Things to See and Do in Healdsburg, California

Things to see and do in Saratoga, California

Did you know that some scenes from Memoirs of a Geisha were filmed at Hakone Gardens?

When you come to Saratoga, get your picture taken at Hakone Gardens by the koi pond anytime or under the wisteria arbor in springtime.

If you want a glorious view and don’t mind a little walking, the hike to the overlook at Villa Montalvo really delivers. There’s also Maisie’s Peak-Accessed from the trail in Fremont-Older Open Space.

A unique annual event in Saratoga is the Torchlight opera performances at Hakone Gardens in the summer.

For the recreation lover, Saratoga is a great place to hike,  bike and horseback ride.

Looking for a little exercise? Hike or walk Montalvo’s arboretum, 2.5 miles of oak forested, beautiful trails as well as the gorgeous gardens of the estate itself. You can do a loop from the Village to the Estate gardens in about 90 minutes.

If you are a museum lover, Saratoga’s best museum is the Saratoga History Museum –  http://www.saratogahistory.com Exhibits trace the evolution of the creekside encampments of Muwekma Ohlone Indians, to the lumber mills of the mid 1800s, to the blossoming orchards that carpeted the West Valley through the first half of 20th century. Also documented is Saratoga’s early spa resort at the nearby mineral springs, and the dancing champagne fountains of Paul Masson, one of the founding fathers of the California wine industry.

Libations and night life in Saratoga

With local and regional acts,  Blue Rock Shot is fun, comfortable and intimate. A great place to rub elbows with locals.

The Saratoga News will keep you posted on what’s happening in Saratoga. http://www.mercurynews.com/saratoga

You can tell a lot about Saratoga from visiting and watching Celebrate Saratoga-a Village Block Party. In 2012 it was held in mid-September with live music, food vendors, wine, a Kids Zone and a Teen Scene with a DJ and live music.

In the spring you should attend Mustard Festival in the Heritage Orchard.

Did you know that Saratoga is known for their summer concert season at The Mountain Winery?

Plan a visit in the fall to Cinnabar’s Winery release party.

What are your favorite things to do in Saratoga, California?

Thanks to the Saratoga Chamber of Commerce for assistance with this post. Photos courtesy of Nancy D. Brown.

Things to See and Do in Monterey, California 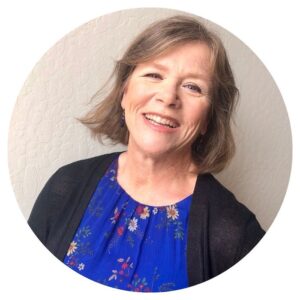